This white marble statue of Victoria and Albert was commissioned by Thomas Storey to celebrate the golden jubilee of Queen Victoria in 1887. It was completed in 1891, and the building was designed to accommodate it, both in the surrounding decorative niche, and the supporting structure in the room beneath the gallery.

At the age at which Victoria is represented, Albert would have been dead for many years. Apparently the commission was for a representation of Victoria dreaming of Albert.

The sculptor was Percy Wood. He was educated at University College, London, where he studied medicine. He later turned to sculpture, following his father, Marshall Wood. There are examples of his public pieces in England, Ireland, and Canada.

This sculpture in the Storey is most unusual in that it represents both Queen Victoria and Prince Albert. We do not know if there are others, and would appreciate information on the existence of any such pieces.

The sculpture could not be ignored, so we encouraged artists to include the couple in their exhibition, and either the artists or gallery staff made temporary additions to make a connection. 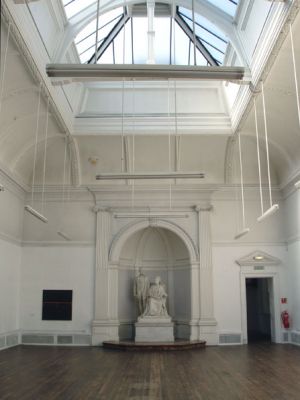 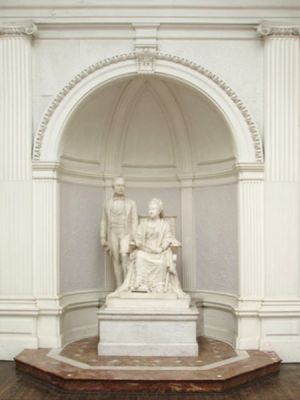 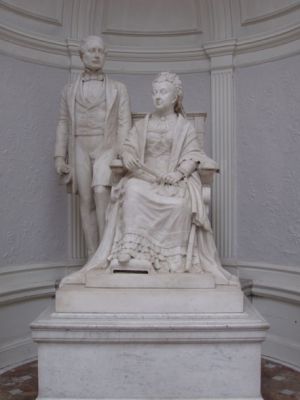 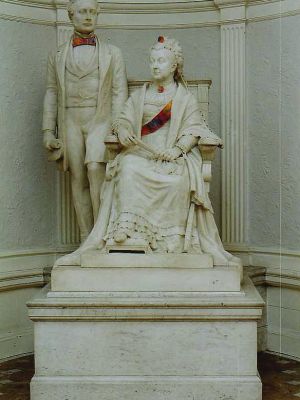 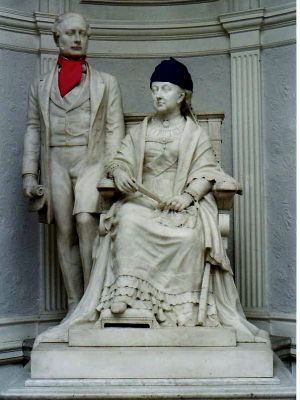 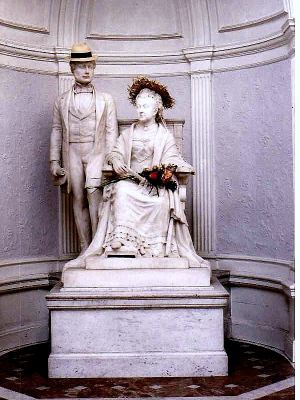 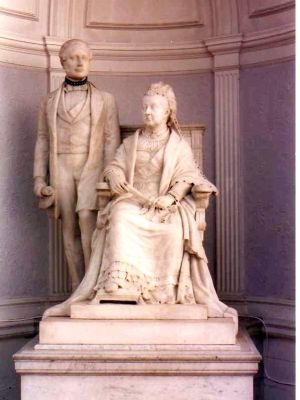 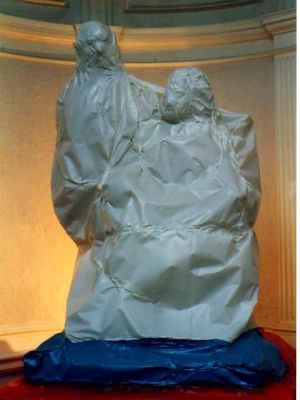 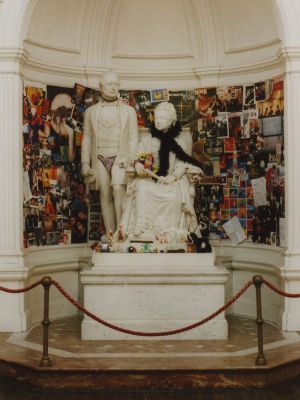 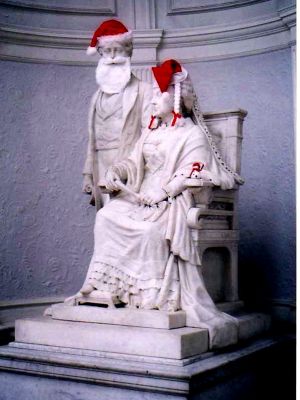 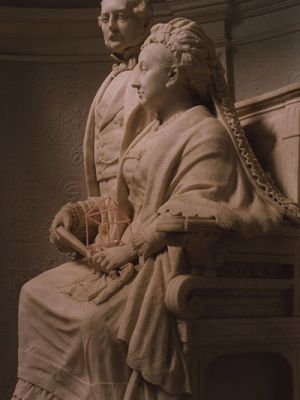 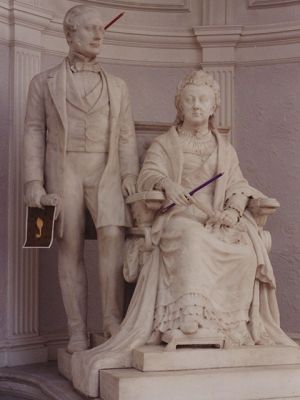 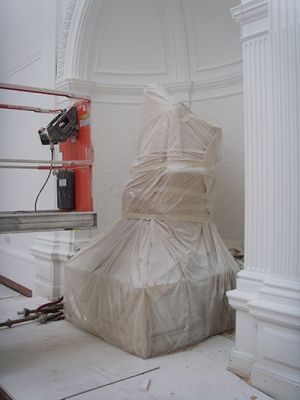 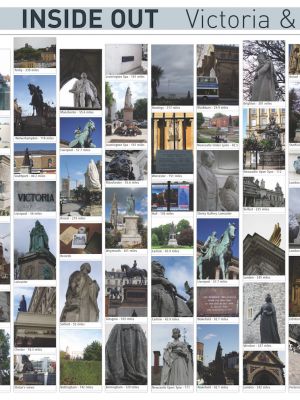 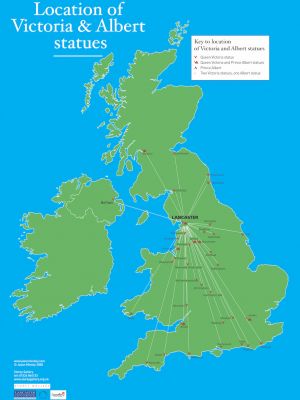 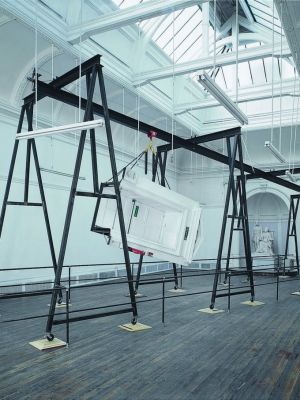 In 2006-08, for one of our Inside Out commissions, artist Jason Minsky travelled the length and breadth of the UK searching out other public statues of Victoria and Albert. He took a polaroid photo of each Queen's eye-view and sent it as a postcard back to the couple in the gallery. He also photographed each statue and produced a collage poster with one side showing all these statues, with the date and location of each. The other side showed a map of their locations radiating from the gallery in the Storey Institute.  For more about this project, click here.

Also in 2006, Storey Gallery commissioned sculptor, Richard Wilson, to celebrate the planned refurbishment of the Storey Institute building. For his piece, "Queen and Gantry", Wilson played with the Victorian architecture of the gallery, removing a doorway, complete with pediment, architrave, and entablature, and moving it through the gallery on a specially constructed gantry system.  Further info here.