Twice a contender for the Turner Prize, Richard Wilson is acclaimed internationally for his ambitious installations which often interact with the buildings in which they are sited. Best known for his remarkable reflective oil installation housed in the Saatchi Collection, 20-50, Wilson has worked throughout the world on large scale projects that frequently disrupt our understanding of everyday reality by physically altering the context in which his objects and events are presented. 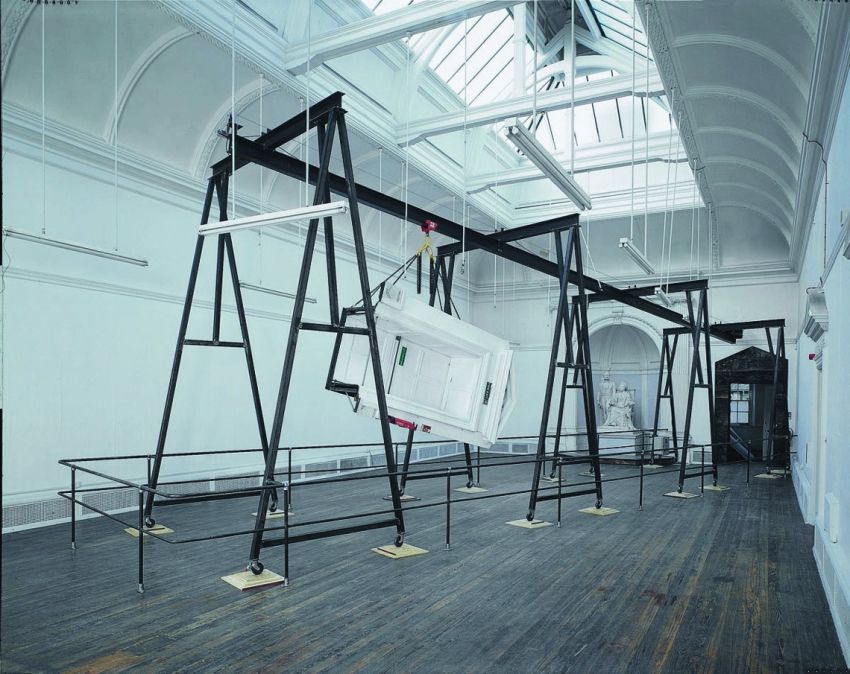 This new commission celebrates the planned refurbishment of the Storey Institute building. For Queen and Gantry, Wilson plays with the Victorian architecture of the gallery, removing a doorway complete with pediment, architrave, and entablature, and moving it through the gallery on a specially constructed gantry system.

Queen and Gantry was generously supported by the Arts Council of England, The Henry Moore Foundation, and Angela Nikolakopoulou.

Queen and Gantry - Richard Wilson from Storey Gallery on Vimeo.