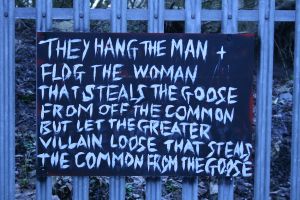 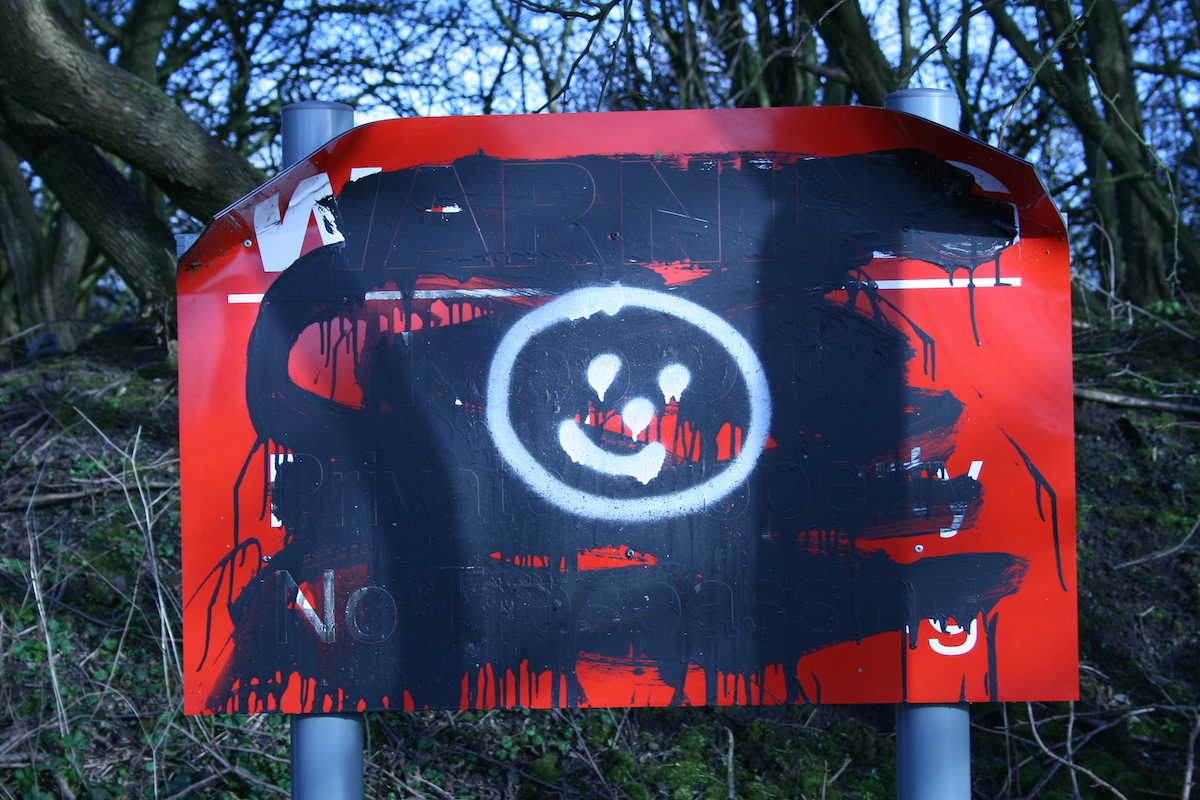 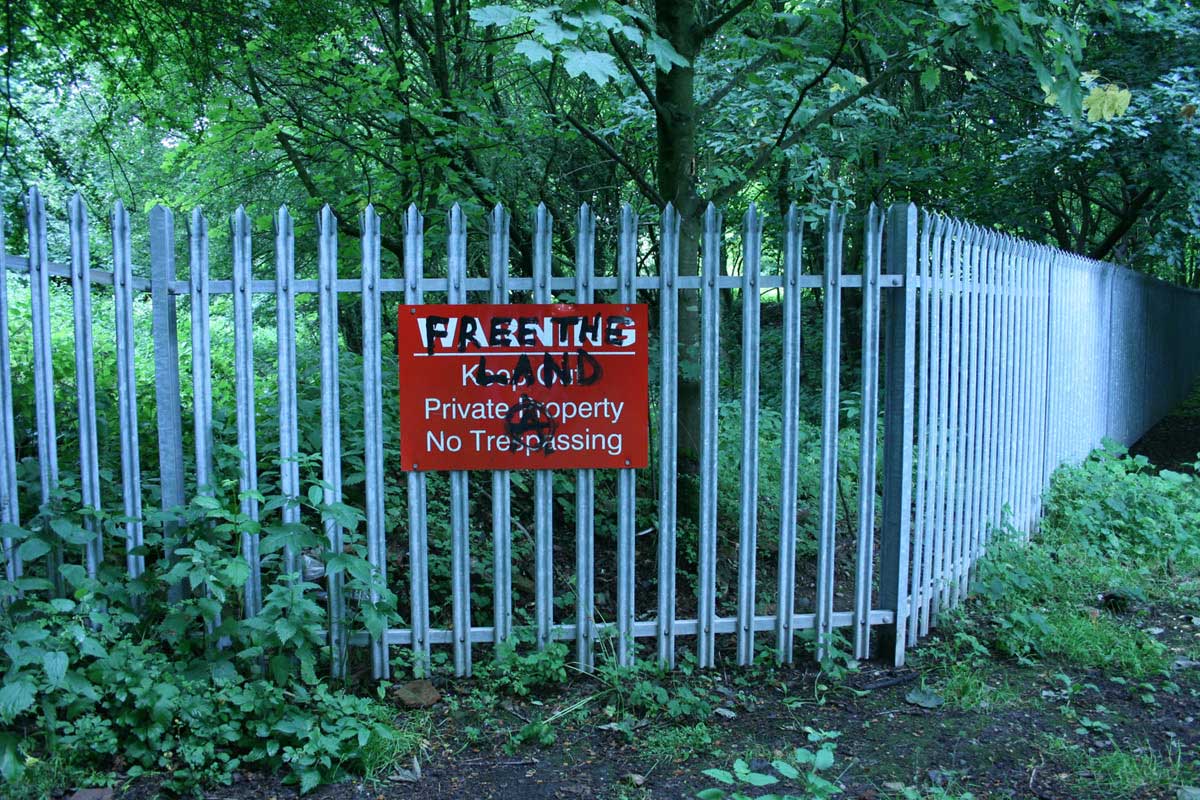 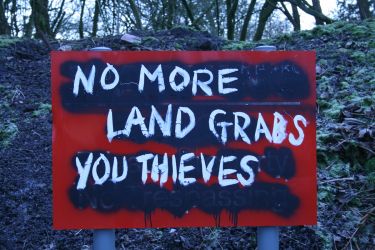 “I descended a little on the Side of that delicious Vale , surveying it with a secret Kind of Pleasure, (tho’ mixt with my other afflicting Thoughts) to think that this was all my own, that I was King and Lord of all this Country indefeasibly, and had a Right of Possession; and if I could convey it, I might have it in Inheritance, as compleatly as any Lord of a Manor in England. “

"In this case, the elephant is the room"

Landownership is a relatively hidden area of UK social and economic structure.

Ownership of land is fundamental to all social structures. Unequal distribution of land provides owners with social and economic power. In England about half of the land is owned by 1 per cent of the population.

However, landownership is a hidden political topic. In the 1970s, there was political discussion and academic research on the topic, but since then, land ownership and the redistribution of land has largely disappeared from debate.

"In this case, the elephant is the room. There can be few enormous subjects more often dodged than land ownership. It is the great ignored in politics today."  Ferdinand Mount - "That Disturbing Devil".  Review of  "Owning the Earth: The Transforming History of Land Ownership"  by Andro Linklater.  London Review of Books Vol 36 No9 8May 2014

"The issues politicians do not discuss are as telling and decisive as those they do. ...the loudest silence surrounds the issue of property taxes.  It is altogether remarkable, in these straitened and inequitable times, that land value tax is not at the heart of the current political debate."   George Monbiot : "A Telling Silence - Why we need land value taxation".  The Guardian 22 January 2013

Land Value Taxation is a proposed annual charge based on the rental value of land, which was promoted in the 19th century by Henry George.  Lloyd George and Winston Churchill tried to institute such a tax in the early 20th century, but it was defeated by the members of the House of Lords, many of whom are landowners themselves.  It has been claimed that a land value tax would allow for all other taxes to be abolished. The campaign continues.

Scotland has been undertaking a review of land reform for the past several years.  It became a key issue for pro-independence activists during the recent referendum campaign and is now central to the Scottish government’s legislative programme.

Meanwhile Dr Jason Beedell, Head of Research at Smiths Gore, Property Consultants, reported that :  “2014 continued farmland’s strong rise in values that started before the recession and has continued since 2009, which has made land one of the best performing assets of the last five years.  ....bare land values rising by 58%...” 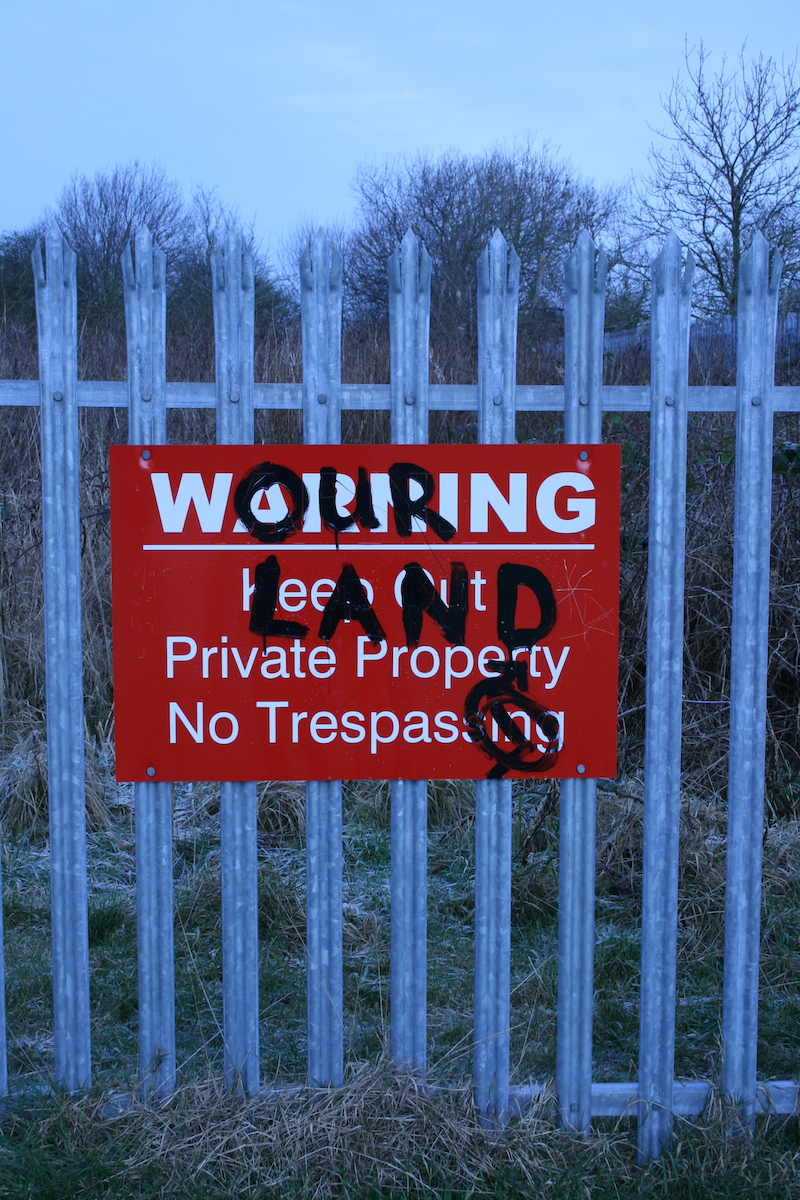