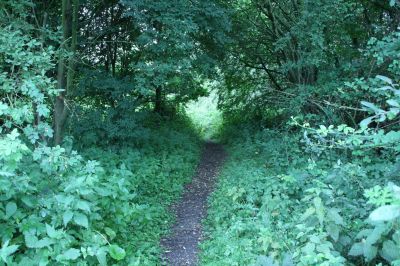 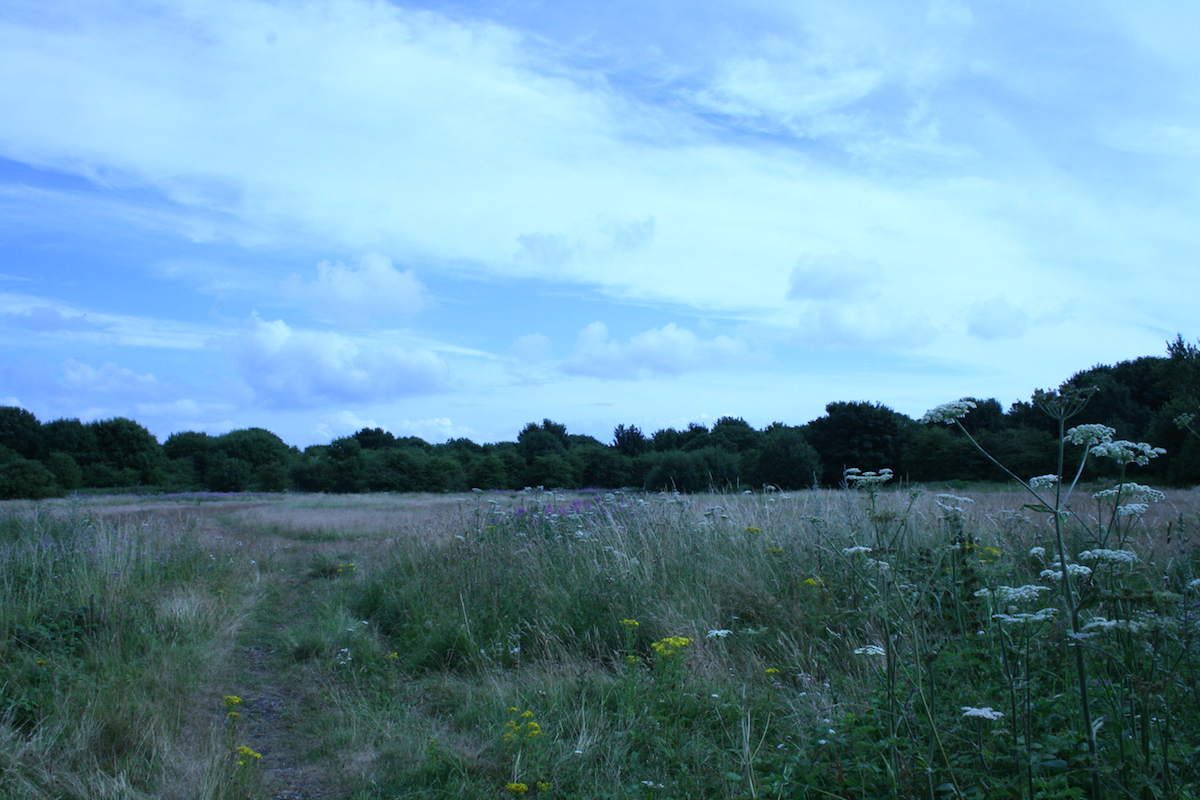 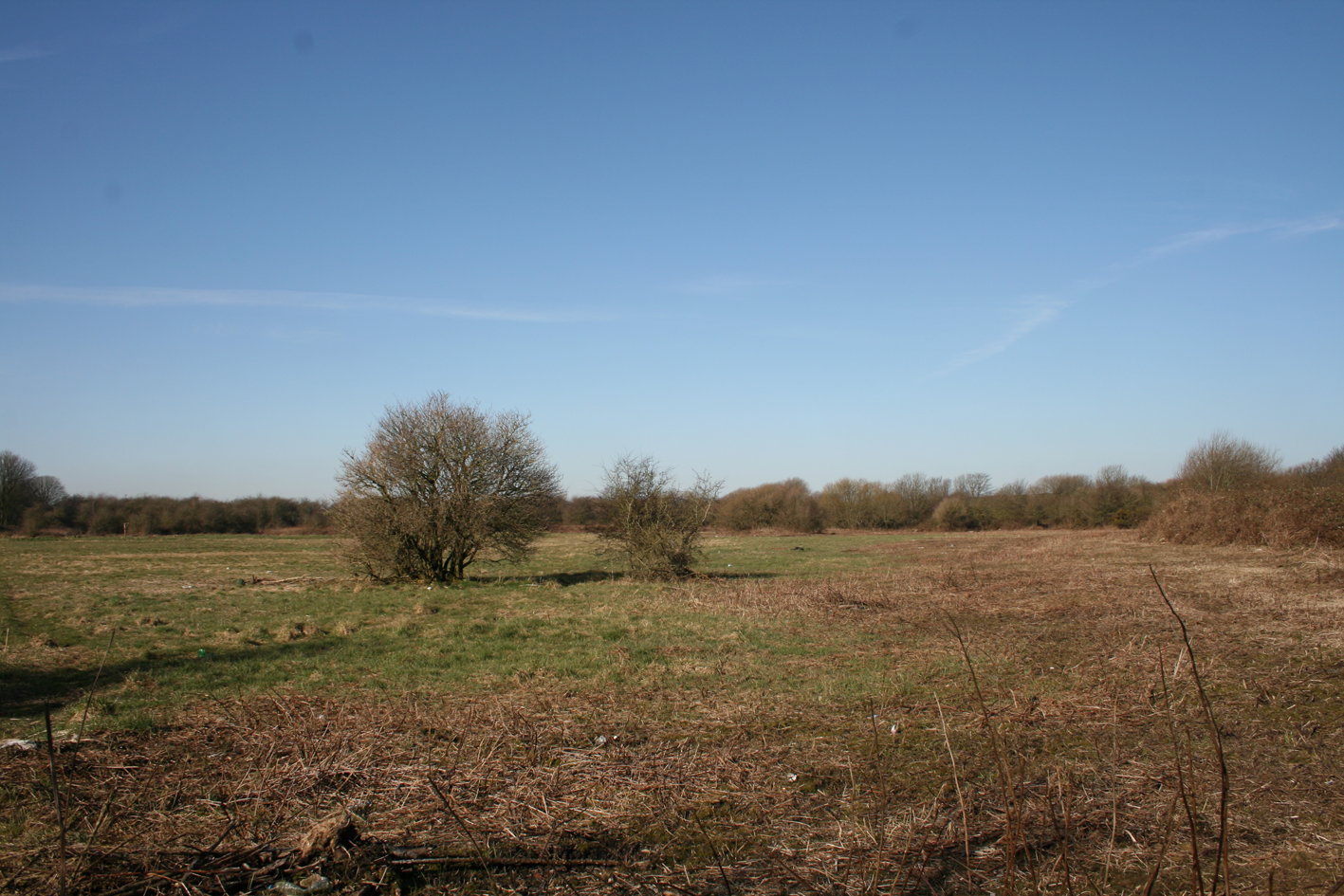 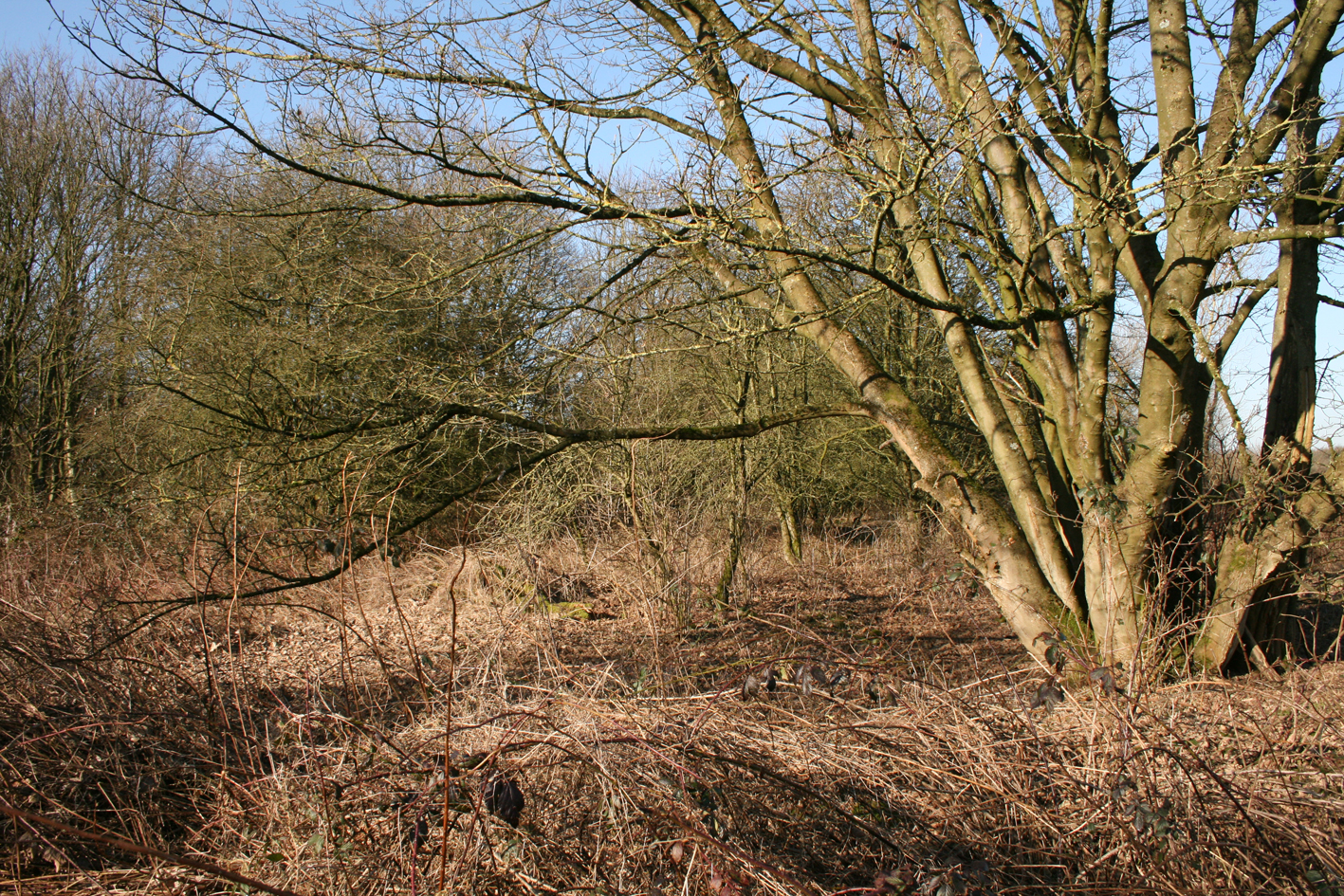 This plot of land on the edge of Lancaster, known as Freeman's Wood, has been used by local people for decades, and they have regarded it as common land.  Spiked metal fencing was installed around it between November 2011 and January 2012, together with “Warning - Keep Out” signs.  Various tree houses, and a complex system of bike ramps which had been constructed by local people, were destroyed.

There was a public outcry and several reports in the local press.  The signs were rapidly and creatively defaced. Local people submitted applications for Town Green status and three designated public footpaths.  Lancaster City Council imposed a Tree Preservation Order on the site.

The land is owned by a property investment company which is registered in Bermuda, and its owners are thought to be based in Hong Kong. The director of the UK development company for the site is a Punjab-born, polo-playing friend of Prince Charles. His son plays polo with Prince Harry.

The fence obviously deters access to Freeman’s Wood, so the use of this land by members of the public diminished initially following its installation. But the fence is not continuous, including a section beside the cycle path of a few hundred metres where there is no fencing, and gaps were created at various points. So the fence is permeable and it is still fairly easy for people to access the land. It has become well used by local people once more, and there are well-trodden footpaths, and clear cycle paths.  Lancashire County Council has given approval in principle to the designation of the three requested footpaths across it.

In February 2020 Freeman's Wood was designated as a Town Green, and in October 2020 the landowner withdrew its planning application to build 250 houses.  Further information is on the Friends of Freeman's Wood website.

Freeman’s Wood is located on the south west edge of the city of Lancaster.  It is bounded by the Lune Industrial Estate, a cyclepath, a public footpath, a public recreation ground, and Willow Lane.   It is close to housing, and is near the tidal reach of the river Lune, and open farmland.

We have produced a video of the site, and several short videos from a drone.  Please see the links on the right.

Lancaster is in the north of Lancashire in North West England, close to Morecambe Bay and the Lake district.

Lancaster is an appropriate place to explore the issue of landownership as it stands at the interchange between industrialisation and the countryside, at the meeting place between the urbanised powerhouses of the North West of England, and the iconic and idealized rural landscapes of Morecambe Bay and the Lake District.

Maps and aerial photos of the site can be found online via:

The postcode for the site is approximately LA1 5QS

The site was labelled as Freeman's Wood on Google maps, as in the 2015 screen grab below, but the name is no longer shown. 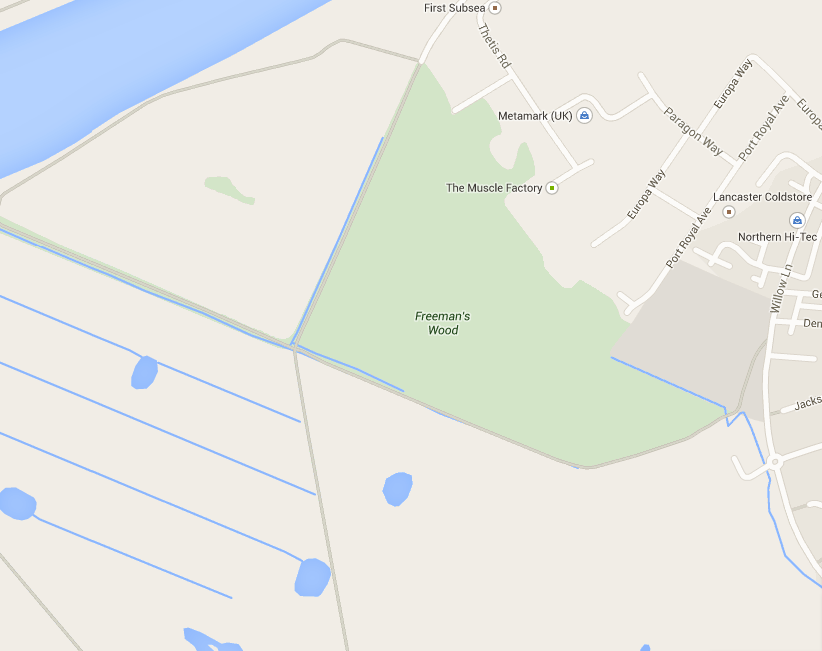 The name Freeman’s Wood is used for different plots of land by different people.

Historically, the name applied to the tree-lined footpath leading from the end of Willow Lane to the river Lune.

The most common current usage of the name, and the most inclusive, is for the area (which used to be - see below) marked on Google Maps.  This area is also marked in an appendix to the Tree Preservation Order imposed by Lancaster City Council in December 2011.  The TPO report refers to the area “commonly known locally as Freeman’s Wood”.

A development proposal for this area, produced by Satnam Investment Ltd, applies the name only to a small triangular plot next to Coronation Field, which is owned by the City Council.

The present project and the following description considers the area currently commonly known as Freeman’s Wood.  It includes both of the smaller areas described above.

The site now commonly referred to as Freeman’s Wood adjoins what used to be  part of a linoleum factory, and is now Lune Industrial Estate.  It is close to the River Lune and is part of land which was known as Lancaster Marsh Estate.

This land was once under the control of Lancaster Corporation but was sold over 100 years ago.

In the 18th century Lancaster Marsh was common pasture land on which the 80 oldest freemen of Lancaster had grazing rights.  It was enclosed by Lancaster Corporation in 1796 and divided into fields which were rented out.  Legislative Acts of 1864 and 1892 gave the Corporation power to sell parts of the Marsh.

Williamson’s lino factory was created nearby in the mid 19th century and, as it gradually expanded, Williamson bought additional plots of land, including Freeman’s Wood. Part of this plot was used as a factory tip, one area included a gravel pit, and part was a recreation ground for the factory workers.

In its heyday, Williamson's was a huge factory and major employer, but it declined in the 1950s and 60s. The whole factory site, then known as Lune Mills, was sold in 1969, and part of it became Lune Industrial estate in about 1972. The factory continued to operate under new names and owners, but ceased in 2001.

Industrial use of Freeman's Wood diminished as the factory declined, but recreational use continued, and local people have apparently been using it since the 1950s.  Most of it was fenced off between November 2011 and January 2012. 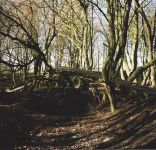 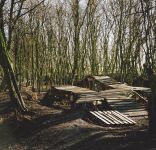 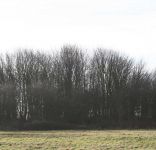 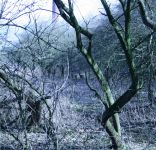 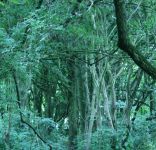 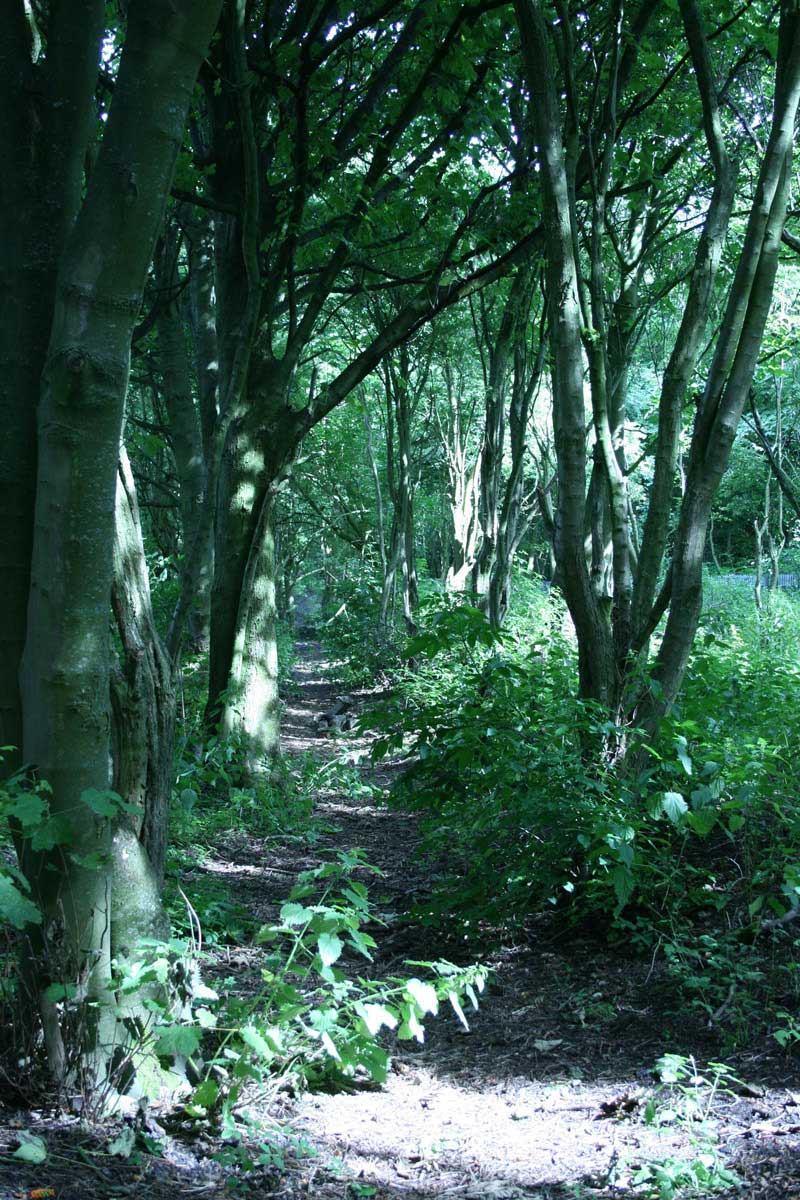