Back to the Archives

In October 2020 the landowner withdrew its planning application to build 250 houses on Freeman's Wood.  Further information is on the Friends of Freeman's Wood website.

Layla Curtis gave a keynote presentation featuring the Trespass App, which she created for "Landed (Freeman's Wood)", for “20 Years of Seeing with GPS”, an online symposium hosted by the Department of Digital Humanities at Kings College, London, on 12 June.

Freeman’s Wood in the Marsh area of Lancaster has been successfully designated as a Town Green (see 11 Feb post), following the unanimous decision made by a special sub-committee of Lancashire County Council on Monday 10th February.  The Friends of Freeman's Wood were supported by the Open Spaces Society.

The Landscape Research Group has published a report on their website about our Cadastral Maps project, with photos of the 2019 field trip.

We completed the funded pilot for our project on landownership in north Lancashire over a year ago.  The project is entitled "Landed (Cadastral Maps)". I have recently done some further research, and so have updated the account of what we have done, and what we have found out.  You can read it here.

Lancaster City Council has vowed to support Freeman’s Wood and protect it for community use.   See the report.

This Land is Our Land exhibition

Layla Curtis and John Angus contribute artworks about Freeman's Wood to an exhibition at Paper Gallery, Manchester, entitled "This Land is Our Land" from 29 June to 3 August   https://paper-gallery.co.uk/this-land-is-our-land

The Landscape Research Group has arranged a field trip of our project "Landed (Cadastral Maps - a pilot" on Saturday 18 May 2019.  We will travel through our selected geographical slice of north Lancashire and visit some of the notable sites.  Booking via LRG.

A planning application for 250 houses on Freeman's Wood has been submitted to Lancaster City Council.  Full details at https://planning.lancaster.gov.uk/online-applications/applicationDetails.do?activeTab=dates&keyVal=PIYF87IZ03800 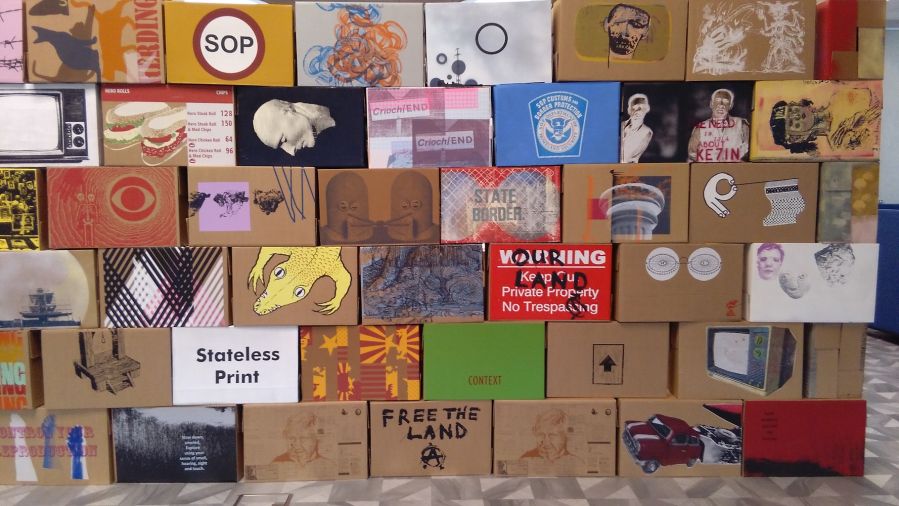 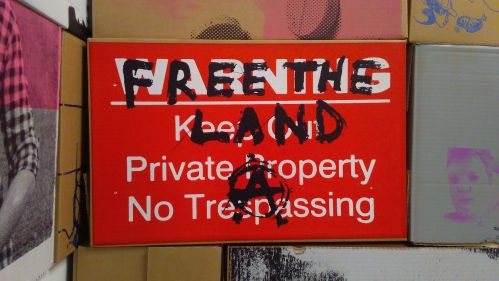 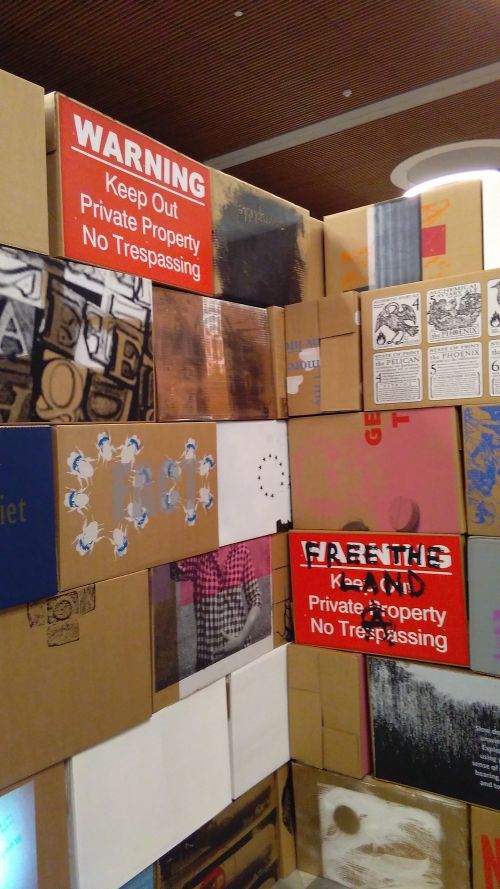 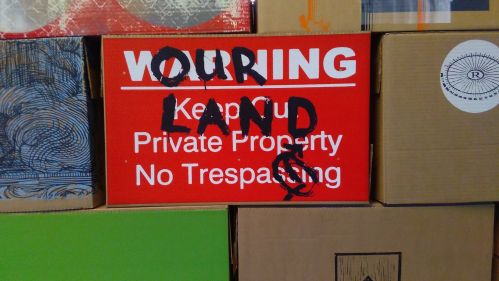 John Angus gave a talk about the "Landed (Cadastral Maps)" project at the Landscape Research Group showcase, which was held at Greenwich University, London, on 17 May.

"Landed" in a book

A recently published book includes a chapter about our project "LANDED (Freeman's Wood)".

"Contested Property Claims - What Disagreement Tells Us about Ownership" is published by Routledge, as part of a series on Social Justice. The book is edited by Maja Hojer Bruun, Patrick J.L. Cockburn, Bjarke Skaerlund Risager and Mikkel Thorup.

Chapter 5, entitled "LANDED (Freeman’s Wood) - An exploration of landownership through contemporary art", was written by John Angus.  The text can be read here.

"Landed" in an exhibition

StoreyG2’s “LANDED” project is included in an exhibition at the Peter Scott Gallery, Lancaster University, which runs from 24 January - 23 March 2018.   This group exhibition, “CONDUCT”, includes displays on both the completed StoreyG2 project “Landed (Freeman’s Wood)”, and the current project “Landed (Cadastral Maps)”.

In “Landed (Freeman’s Wood)”, StoreyG2 commissioned artists to create artworks exploring landownership, with a focus on a site on the edge of the city of Lancaster.   “Landed (Cadastral Maps)” is a pilot for a project to produce artists’ cadastral maps (maps of landownership) showing current and historical landownership of a rural area of north Lancashire.

Layla Curtis will be discussing her Trespass app at Tate Britain in November.

Her talk will be part of the conference "Urban Encounters 2017 : Cartographies" on 11 November.  The conference brings together a wide range of international artists, urban theorists, and cultural activists whose work is concerned with mapping contemporary city spaces.

The Trespass app was commissioned for the StoreyG2 project "Landed (Freeman's Wood)".  Further information about the app is on this website at http://www.storeyg2.org.uk/landed/artists1/layla-curtis/

Details of the Tate conference are here

We are starting a pilot for a project to produce artists’ maps which explore the ownership of land of a rural area of north Lancashire, over historical time. Cadastral maps are maps of landownership.  This pilot is the research or information collection stage for what may become a larger project. It builds upon the previous StoreyG2 project, “Landed (Freeman’s Wood)”.

This pilot is funded by Arts Council England and Landscape Research Group.

Satnam, the property development company which represents the landowners, are planning residential development of 'land at New Quay Road'.  This is the land commonly known as Freeman's Wood.

Proposals to build up to 250 homes on the site were presented at a 'Public Consultation' in Lancaster on 5 April.  These proposals are available to view, and to comment upon, at http://www.resultscommunications.co.uk. (go to the 'Quick Links' box in the bottom right corner, and click on 'New Quay Road, Lancaster').

This consultation is a first step in a process. Satnam apparently intends to submit an outline planning application to Lancaster City Council in May.  There will be  opportunities to view and comment upon that application.

"The Friends of Coronation Field and Freeman's Wood" are encouraging people to comment on the current proposals. They intend to arrange a public meeting when the planning application is submitted. The Friends would welcome new members and can be contacted via the Secretary, Emily Heath (emilyheath@phonecoop.coop).

Layla Curtis talked about her work, including the "Trespass" app and Freeman's Wood, at the Peter Scott Gallery, Lancaster University, on Tuesday 11 October.  She took a group of students down to Freeman's Wood and they tried out the app.  Details here

An article about "Landed (Freeman's Wood)" was published in “Leaf”, the Summer 2016 edition of a magazine published by ‘Common Ground’ and ‘The Woodland Trust’.

Our "Freeman's Wood" video was selected and shown in "Visualizing Contested Cities", at the international conference: “From CONTESTED_CITIES to global urban justice – critical dialogues”, in Madrid, Spain, 4-7 July.

I presented a slide show and video about "Landed (Freeman's Wood)" at the international conference: "Cultural Heritage in Landscape (CHeriScape) V: Landscape In Imagination And The Virtual Future".  14-16 June 2016, at Baltic, Gateshead/Newcastle, UK