The bronze fruits were stolen several years ago and some plinths were damaged.  Storey Gallery, now as StoreyG2, has been seeking its restoration ever since.  Mark Dion agreed that the fruits could be replaced in another material, so the artwork could easily be restored. The owner, Lancaster City Council, has taken no action, the condition of the artwork has deteriorated, and the paths have become overgrown. 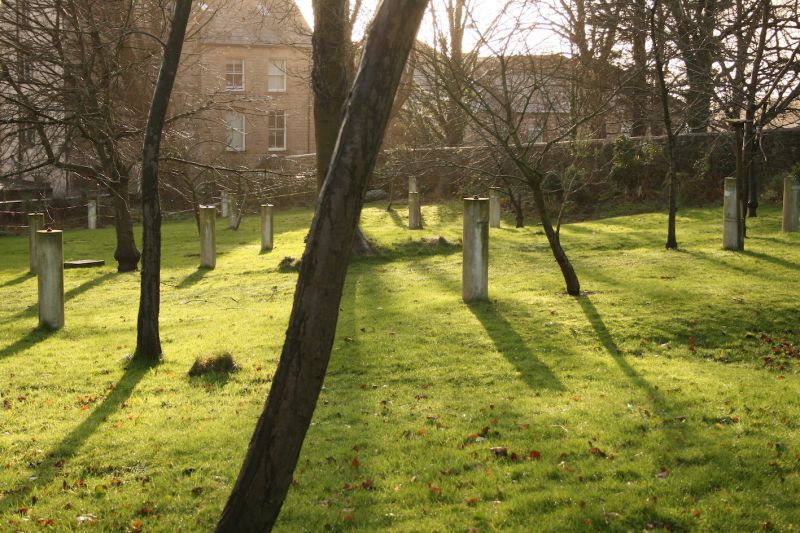 A Lancaster City Council officer's report in August 2014 recommended that The Tasting Garden be destroyed. There were many letters and a petition objecting, and Cabinet rejected the proposal.  In November 2015, Lancaster City Council Cabinet decided to allow a 12-month period for The Friends of Storey Gardens to seek funding for restoration.

The Friends of the Storey Gardens are now seeking to raise these funds.

A RECORD OF THE RECENT DISCUSSIONS BY LANCASTER CITY COUNCIL

A Lancaster City Council officer's report (21 August 2014) recommended that the Tasting Garden be destroyed. The report can be found here under Item 7. The report includes various inaccuracies and misrepresentations, particularly regarding the proportion of the artwork remaining, the cost of restoration, and the opinions of the Friends of Storey Gardens.  In response, many letters of support for restoration were sent to the Council, including by Sir Nicholas Serota, Director of the Tate, and an on-line petition received a large number of signatures from around the world.

The City Council Cabinet discussed the report on 2 September 2014.

It made the following decisions :

That City Council officers open a dialogue with Mark Dion to discuss:

a) the feasibility of moving the artwork to Williamson Park or another suitable venue.
b) That in view of references to funding opportunities within submissions received in support of restoring the Tasting Gardens, officers make approaches to explore the possibilities of alternative funding.
c) That Cabinet visit the Tasting Garden and reconsider the proposal once further details are available.
(3) That the draft master planning approach for the Storey’s gardens be supported, and presented to Cabinet for consideration in due course.

The full minutes and decisions are here

So removal of The Tasting Garden was not supported, and restoration was not ruled out, but its future remained very uncertain.

(1) That a further report be prepared with information on governance/land ownership issues, and a timescale together with a masterplan with two options: one option being the reinstatement of the artwork, the other a more broadly based opportunity for people to use the Storey Gardens.
(2) That if following consideration of the report and masterplans, the decision is taken to restore the Tasting Gardens, the Council will not look to do that itself but would expect the supporters of the Tasting Gardens to undertake this recognising that there would be a cost implication to the City Council which would be responsible for any ongoing maintenance costs.

These decisions provided some hope that restoration might be achieved. It is essential that the
"governance/land ownership issues" are clarified because these issues have prevented progress for years.

As the Cabinet decision was not clear, the Friends of the Storey Gardens requested an explanation.  A Council officer wrote :

"The council will lead on preparing a master plan for the two gardens looking at the two options – with or without the Tasting Garden artwork.  This work would also look at governance issues which may need addressing, particularly in the case of allowing a voluntary group to apply for funding.

Once the decision on the plan has been made; if the art work is to remain ‘the group’ would have 12 months to secure funding to restore the artwork."

There was a long delay before Lancaster City Council appointed a garden designer, Georgina Peacock, in June 2015 to produce the two design options. 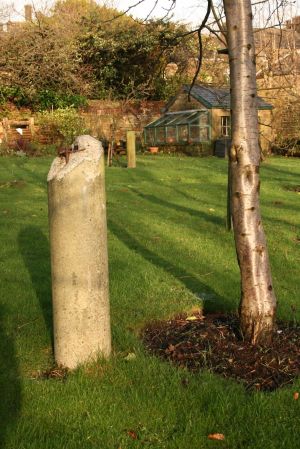 On 6 October 2015, the City Council Cabinet discussed the matter again even though none of the decisions of the previous meeting had been fulfilled.  There had been no report on governance and no designs or master plan produced.  It was therefore not clear why this discussion had been called.

It was resolved at this meeting  -

"That ideally the artwork would be restored and would support the wider aims of the Storey and provide an attraction for our citizens but that the reality is that the policy and financial context of the Council mean that this is an unrealistic option."

The full decision and minutes are here.

However, some councillors questioned this decision, so it was "called-in" by the Overview & Scrutiny Committee.

It met on 28 October and recommended that Cabinet should reconsider. The full decision and minutes are here. 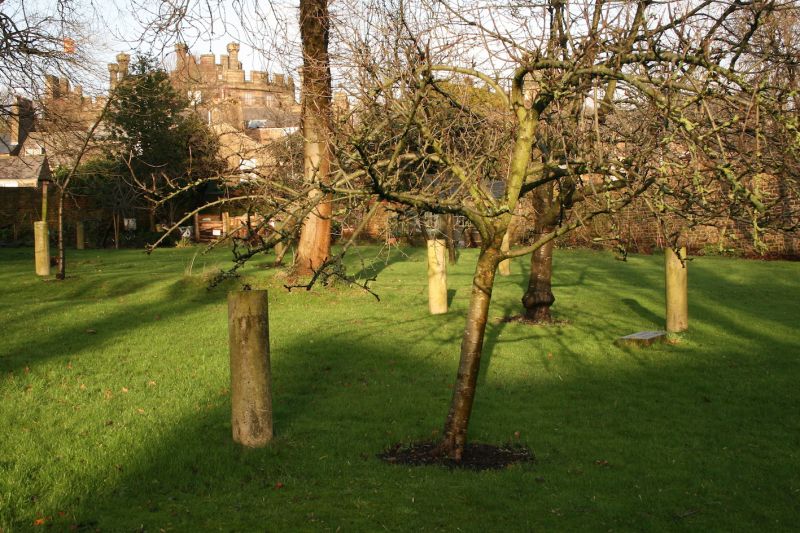 On 3 November, Cabinet considered the issue again and resolved :

That restoration of the artwork is not a high priority for the Council, but nevertheless a minimal amount of officer time will be provided to clarify the governance issues necessary to enable the Friends group to apply for major grant funding to restore the artwork as the lead partner with the Council. This funding would need to include a reasonable sum to cover appropriate project management of the restoration, plus insurance and future maintenance costs of the artwork to minimise any future liability on the Council’s budget. Following the clarification of governance issues and clear permission to proceed, the Friends group to be given 12 months to raise the necessary funds. If fundraising is unsuccessful in this timescale, the Council to revert to the alternative masterplan option of improving the gardens without restoring the artwork and this will be reported back to Cabinet.

The minutes are here.

The Friends of the Storey Gardens are now seeking to raise the funds for restoration.